While I was not born in the dark ages, Gramma’s house was—no electricity, and no running water, except to the kitchen basin.  That’s the short list. Think arctic cold rooms in the winter, suffocating in the summer. Daily delivery of big blocks of ice to keep things cold, wood burning stove to keep things hot. Saturday night baths in a large galvanized tub, everyone using the same water, Children last. I was children.
And outhouses and chamber pots.
Pure luxury for the recent pioneer, they were pure adversity for those of us who knew better—a real bummer (For my pun-loving grandchildren and their father.)
A little rectangular structure with a door made of cheap wood was relegated to a back corner of the lot as far from civilization as possible. Dim light streamed through knotholes revealing a low bench with a large round outlet upon which one sat descending to not far enough. An old Sears catalog served as toilet paper. The stench was palpable, hardly more bearable than one’s need of it.
No lingering.
No reading.
And no breathing.
Unless you were a mischievous male, who used the open window, nocturnal needs were taken care of with chamber pots resembling large porcelain coffee cups. Everything done at night was done in impenetrable blackness, thus, the rules.
1.     Don’t step in the pot.
2.     Keep pot under bed.
3.     Make sure you know which side.
4.     Don’t push pot too far under bed.
5.     After using, return pot to its exact place.
6.     Empty pot every morning first thing.

Breakfast at Gramma’s house more than made up for the misery.
Posted by M. Ann Rohrer (Ann) at 2:46 PM No comments:

Haunted, they said, because of a purported murder that happened long ago in Gramma’s house in one of the second story bedrooms.
Built in 1900, it was a two story, gabled red-brick house with a corrugated galvanized tin roof. By the 1950’s the wood floors, gray with time, were splintered with long gaping slits into unfathomable darkness where rodents clacked and clicked with impunity throughout the house in the quiet of the night.
On the ground floor was a small kitchen boasting running water, a wood-burning stove and a walk-in-pantry—where I met my first vinagaroon— a dinning room,  bedroom, and a front room which doubled as a bedroom, where I was born on a hot summer day in 1947. (Toilette facilities were out the back door and down the trail a spell to a little shanty at the back of the lot.)
Off the dining room, a dimly lit staircase led to the second story. It was steep and narrow, flanked on both sides by walls, and ascended in a straight line, creaking and moaning with each step to the top of the landing where a small window offered a limited view of the yard below.  Left of the landing, a doorway opened directly into a bedroom.  Right of the landing, a long, dark, windowless hall led to the other three rooms, two for sleeping and one which was uninhabitable.
It was called the spare room, used for storage, the one and only window boarded over, allowing little light, the ceiling open to the rafters inviting bats. Dusty, dark, and intriguing in a macabre sort of way, it was home to unremarkable cast offs except for a pair of mannequin-like legs from the knee down that leaned against the wall waiting for night when they might walk the halls with the ghost who lived there. Only a curtain draped over the door frame held in place by two nails, a flimsy deterrent to everything evil that came out at night or frenzied glimpses during the day to ensure the boot forms were still there and no ghostly shadows flitted about.
Devoid of convenient light switches on the wall, and the threat of wandering dead and boot forms walking of their own accord, not to mention monsters from the under world, finding one’s way in the dark was an unwelcome thrill. Unable to see my hand in the impenetrable black,  I had to find the bulb that hung from an electrical cord in the middle of the room and pull a chain. The process required agonizing minutes of inching forward, swinging arms back and forth in a maniacal frenzy, terrified that I might make physical contact with something hairy or slimy and certainly ugly. Finally, finding the chain, I quickly pulled it, dreading what I might find in the sudden brightness staring back at me.
Nothing ever did. And the manequin legs were never out of place.
If the house is haunted, which some relatives swear too, and many towns people believe, then I am grateful to the gods of terror for sparing me a little girl who suffered enough with an overactive imagination.
Posted by M. Ann Rohrer (Ann) at 2:13 PM No comments:

I was standing at the large expanse of the sliding glass door looking out into our backyard. Beyond our chain link fence was a strip of wilderness—the back trails—about twenty feet across that ran east to west for a couple of miles through the north side of our New Mexico town, altitude 6500, population, 7000. Movement to my right caught my eye. It was Ditto, our cat. On a dead run, a coyote on her heels. The two of them disappeared into the arroyo that flanked the path. I froze.
Out of Idgy’s first and last litter, the kitten we decided to keep was her spitting image right down to gender: the white spot on her nose, the white tipped ears, and the gray and white stripes that flowed into her all white underside. Spitting, the proposed name for our little longhair, was not acceptable, nor was Spit. As the self-appointed name giver, I had the last say.
I chose Ditto.
Once Ditto revealed her character, I might have chosen other apt names: Shrewd, Demanding, Persistence, Impatience, Sly, Clever, Sneak, Manipulator.  She owned the entire family.
In the wee hours, when hunger struck her, she would stand over John, my sleeping husband, batting his forelock deftly without scratching his head. When she learned that such close proximity meant that he could grab her, she resorted to scratching at the carpet on his side of the bed. Not wanting to disturb his night’s rest, John blindly threw pillows at her until she left the room. But Ditto caught on to that maneuver soon enough and began scratching at the carpet where the pillow couldn't reach her so easily. At first she crawled under the bed. In the dark it took John a while to discover why the pillow wasn't connecting, but once he was on to her, her place of refuge was no longer out of reach. New Plan. From the foot of the bed, Ditto could scratch with impunity safe from flying objects hurled blindly her way. John tried closing the bedroom door to keep her out but to no avail. She simply scratched annoyingly at the door.
Growling and hissing in cat language, John finally leaves his warm bed and rewards the triumphant Ditto. Feline payoff. It was a nocturnal feeding ritual that would not end save she fall victim to Coyote Run.
Nights, from the back trails, we were serenaded en masse with the frantic coyote yelps of hot pursuit of prey or the assertive claim to territory. It was not uncommon to find a canis latrans texensis in our yard, or to see them during early morning exercise. I would tense up if I thought a dog, half hidden by juniper, was racing toward my path. Discovering it was a coyote I relaxed knowing full well he would instantly disappear into the camouflage of flora. But then I was not on the menu. Cats, on the other hand were appetizers, main entrees, and dessert. Typically, they did not last long in our town.
But Ditto defied the averages.


She suddenly topped the other side of the arroyo and true to her character made a valiant leap at the last moment for a wild olive tree, scampering to safety.
Posted by M. Ann Rohrer (Ann) at 2:42 PM 2 comments:

It was great fun responding to Tanya's questions. If you want to read it, click the link above.

To Me, On Your Birthday

For my birthday my husband bought himself a present and gave it to me. An array of knobs, numbers, letters and arrows on the 4 x 6 inch box indicated it was a miniature radio.
“This little technological wonder,” my husband offers proudly, “operates many hours on a battery that re-charges every second that it’s plugged in.”
I force a smile. If I had been able to choose anything I wanted for my birthday, it would not have been a radio, not even a technological wonder.
“It’s expensive,” he continues, “but, the cost is justifiable because this little item serves dual purposes—your birthday present, and a great addition to our 72-hour emergency kit.”
I’m not impressed.
He’s thrilled.
So for his birthday, one month later, I  buy me a gift and give it to him—a freestanding Hammock.
He doesn’t pretend to smile. If he had been able to choose anything for his birthday it would not be a hammock.
I can’t justify the cost—the price of my firstborn—and it’s extra-large and weighs 2000 lbs., hardly able to fit in a 72-hour emergency kit. No dual purpose. And he has to assemble it.
He’s not impressed.
I’m thrilled.


Birthdays are coming up again. I can hardly wait.
Posted by M. Ann Rohrer (Ann) at 5:21 PM No comments:

Literary Time Out: Blog Tour: Mattie by M. Ann Rohrer: Review Mattie was a really interesting read. It's a novel, but is based on a true story (which I didn't realize until I saw f...
Posted by M. Ann Rohrer (Ann) at 3:53 PM 4 comments: 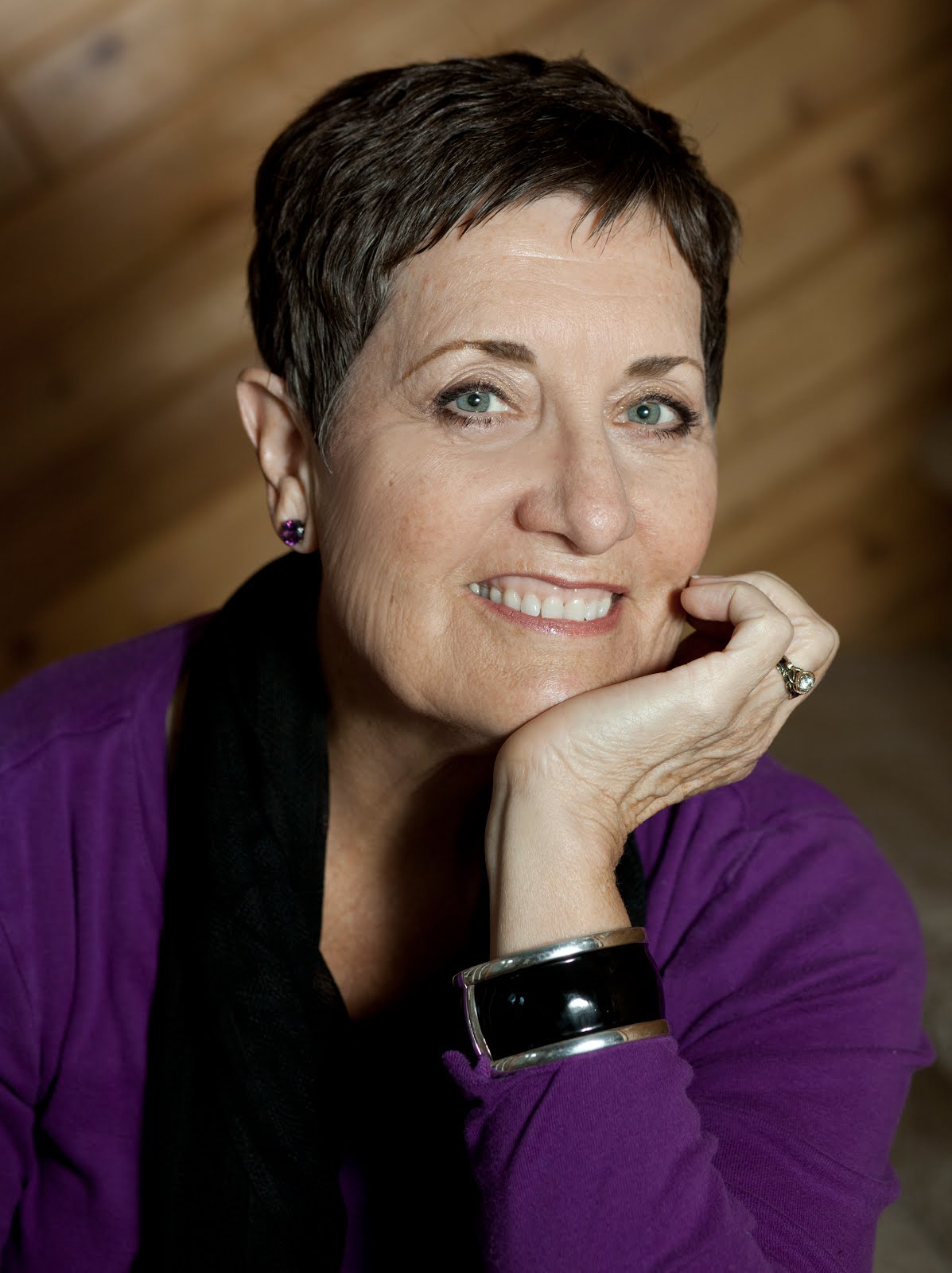